Progressive Web Application term might seem new for many of us but the concept behind it is the one that had come to your mind anytime behind.

Well, till now we very frequently use the “Mobile Applications” downloading from the app store of a certain OS of our device, then the issue was these applications will only be helpful for us if we are connected to the internet else they will not show up anything.

Also, we had very much used the “Web Applications” that were stored locally on the device but use to run on a server and hence requires an active internet connection to function.

So, now the technology enables the company and developers to plan and develop the applications which could allow you to use all the functionalities of the device, and a network connection might not be as necessary.

Now to create a good Progressive Web Application(PWA), there are four aspects that need to be taken care of,

And it could be remembered as FIRE 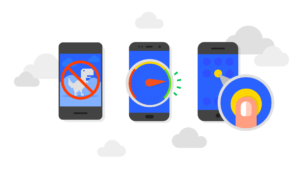 It means that the PWA should be designed and developed so that it loads very quickly and also allows fast scrolling to the user.

53% of the users will abandon a site which takes more than 3 seconds to load.

It means that the PWA should not make a user feel like it is operating on the Web. So it must be so well integrated such that the user is able to access and use the app in the same manner as it uses and run other native applications.

A PWA should be able to present and equip all kinds of specifications and accessibilities as all the other native apps.

Reliable here means that the application should be independent of the status of the network. It should be able to function offline the same way as it functions online i.e. when connected to the internet.

It should not limit the use depending upon internet connectivity.

As the term indicates it should be able to engage with users rather than being a static app. It should allow push notifications, web posting, etc so that it could help interact with customers or users and hence increase conversions.

After Twitter adapted to PWA, 1 Millon launches of it were observed from the Home Screen every single day.

Now, there are 3 ways in which PWA could be implemented,

I Hope, this helped you to create a concept of what is PWA and how will it be helpful for your businesses or ideas.