Published by vaishnavi shukla on August 10, 2020

A Meme can essentially be described as an idea or habit which is shared between people through imitation. In common language, the internet meme has become synonymous with the meme ever since its enormous online popularity (Sharma, 2018). However, there is a difference in modern-day memes or internet memes, and how they originally were defined.

The concept of a meme was originally coined by Richard Dawkins (1976 cited in Knobel, 2006) in his 1976 book “The Selfish Gene”. Here, Dawkins defines a meme as a biological function of evolution. It is described as a behavior or idea which, because of its popularity and common likability, is shared and imitated within cultures and, in turn, increases the chance of evolutionary survival.

What Makes a Marketing Meme Viral

The modern competitive social media scene that is often like a battlefield of companies promoting their brands. They are in constant competition who is going to shout the loudest and pay more for advertising.

And here come the memes – the antidote to branded content that gets in your face.

The best ones are hilarious, with relatable imagery often taken from pop culture, and makes you want to share it.

That’s pretty much the recipe for a good meme, right there, you’re welcome. There used to be a saying in the Roman Empire that said: “People anxiously desire bread and circuses.” It alludes to our constant craving for entertainment and if it’s packed as a sweet, snackable content on their news feed, even better.

let’s understand the need of memes in social media marketing.

Memes play off of content that’s created by other people so you don’t need to create an original video or photo yourself. They save small businesses and digital marketer’s time that would be needed to produce original content. Instead, you can riff off of existing media by adding a new caption or twist. Also, memers’ value DIY, low-resolution content so don’t worry if you have limited design skills.

By definition, memes are supposed to be shared so the content is often reposted and re-memed across the internet to reach an even wider audience. When people send the meme to a friend for a laugh, they express allegiance to and advocate for your brand.

Because memes are often related to a current trend or event, they make your brand more real, modern, and human. Memes appeal to cultural events your viewers know about, which feels authentic and fresh. This content serves to bring a community together around a common touchstone and makes your brand seem more relatable.

How to Get Started with Memes?

Well, there are two simple ways to get started. One is by creating your own meme and another is by using the current memes let’s look one by one –

Benefits of Reusing The Popular Meme

They are already great content for the social platforms

They will work like magnets for engagements, likes, and traffic

Quick and easy to create because you already have the concept

already popular and you will have to derive your own concept from scratch. Also, you have to match the concept with your brand aura and the Creating your original memes are kind of hard to do because it’s not elements built by your brand till now!

how to create creative and highly fascinated memes from scratch? 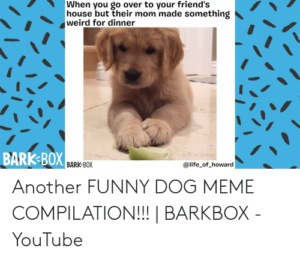 dogs. With over 300k followers on their Twitter page and 3 million likes their Facebook page, Bark Box has managed to grow its audience using a range of relevant and dog-related memes. Here are some of their most successful memes from their Twitter page. 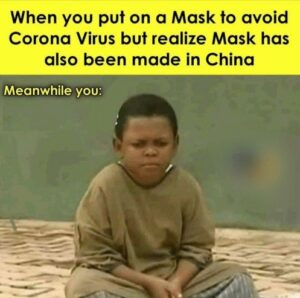