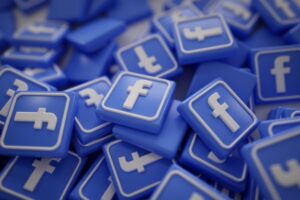 Facebook (stylized as facebook) is an American online social media and social networking service based in Menlo Park, California and a flagship service of the namesake company Facebook, Inc. It was founded by Mark Zuckerberg, along with fellow Harvard College students and roommates Eduardo Saverin, Andrew McCollum, Dustin Moskovitz and Chris Hughes.

How Facebook Works:
Facebook can be accessed from devices with Internet connectivity, such as personal computers, tablets and smartphones. After registering, users can create a profile revealing information about themselves. They can post text, photos and multimedia which is shared with any other users that have agreed to be their “friend”, or, with a different privacy setting, with any reader. Users can also use various embedded apps, join common-interest groups, buy and sell items or services on Marketplace, and receive notifications of their Facebook friends’ activities and activities of Facebook pages they follow. Facebook claimed that it had more than 2.3 billion monthly active users as of December 2018, and it was the most downloaded mobile app of the 2010s globally.

Economy
Facebook provides a development platform for many social gaming, communication, feedback, review, and other applications related to online activities. This platform spawned many businesses and added thousands of jobs to the global economy. Zynga Inc., a leader in social gaming, is an example of such a business. An econometric analysis found that Facebook’s app development platform added more than 182,000 jobs in the U.S. economy in 2011. The total economic value of the added employment was about $12 billion.

Society
Facebook was one of the first large-scale social networks. In The Facebook Effect, David Kirkpatrick stated that Facebook’s structure makes it difficult to replace, because of its “network effects”.[neutrality is disputed] As of 2016, it is estimated that 44 percent of the US population gets news through Facebook.

Emotional Health
Studies have associated Facebook with feelings of envy, often triggered by vacation and holiday photos. Other triggers include posts by friends about family happiness and images of physical beauty—such feelings leave people dissatisfied with their own lives. A joint study by two German universities discovered that one out of three people were more dissatisfied with their lives after visiting Facebook,and another study by Utah Valley University found that college students felt worse about themselves following an increase in time on Facebook. 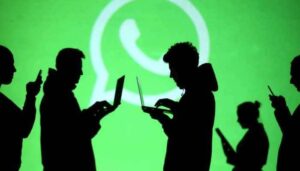 When Facebook purchased WhatsApp, it was an independent company that had recently been valued at $1.5 billion. Although it is unclear exactly how much revenue WhatsApp generates, some estimates are that WhatsApp revenue will be as high as $5 billion by 2020.

At the time that Facebook acquired Oculus VR, the company had only produced a development prototype of what would become its popular headset product. Facebook’s purchase of Oculus VR gave it an instant presence in the virtual reality market at a time when developers were showing growing interest in VR. 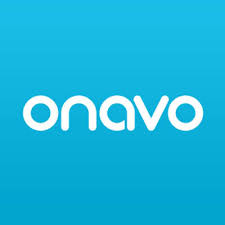 At the time of the acquisition, Onavo was an independent company. Although Onavo is not one of Facebook’s largest acquisitions, Onavo’s technology may have allowed Facebook to make crucial early determinations about other companies and apps to acquire. Onavo has occasionally been classified as spyware, forcing Facebook to pull Onavo from both the iOS and Android app stores in the face of criticism.

Messaging app service Beluga, founded in 2010, was acquired by Facebook a year later. Facebook bought Beluga in the midst of the startup’s fundraising process for an undisclosed sum. In buying Beluga, Facebook acquired the technology that eventually became the social media company’s highly successful Messenger platform. In the process, Facebook again expanded its offerings and eliminated a potential rival.

When it acquired Instagram, Facebook opted to build and grow the Instagram app independently from Facebook’s main platform; Instagram remains a separate platform to this day. The price that Facebook paid for Instagram, which at that time was generating no revenue, reflects Facebook’s willingness to pay a premium for young companies.