Published by karishma.chawla on August 10, 2020

Meme (pronounced as meme) is an element of culture whose styles, concepts, and behaviour can be indefinitely imitated. But when we talk about internet meme, it refers to a humorous image or video having a definite style and concept which usually go viral on the internet. The style and the concept of the image stay the same whereas the copy changes. 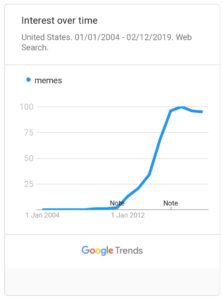 Memes are taking over the world, and yes it is right, memes are now like a remedy to treat depression, anxiety, sad thoughts, and unwanted vibes.

Every social media platform, newspaper or any other communication mediums are using and utilizing memes to make their content more compelling, humorous and relatable to the common public.

Known for their catchy, funny and self relatable humour, memes that started as inside and sarcastic jokes, now being used by big brands, organizations, newspapers, small businesses, and celebrities to build a huge fan following and engage them on a daily basis.

This whole phenomenon has started a trend of meme marketing, and marketers in every spectrum are going crazy to customize their marketing strategy as per the current meme trends.

So, Let’s Define A Meme

We can define a meme as an idea or concept majorly bundled in the form of images, videos, animation, hashtags or gifs that represents sarcasm, humour, and seriousness of the subject in an amusing way. This kind of content has become the new language of social channels and holds the power to become viral in a short time.

A subset of viral marketing, meme marketing is more than just a digital trend, and it’s here to stay for a longer time

Benefits of Reusing The Popular Memes

Best Tools To Hijack and Search The Most Popular Meme Templates

How to create creative and highly fascinated memes from scratch?

The Benefits Of Meme Marketing

When it comes to marketing, there are plenty of benefits of memes that allow them to connect with audiences much better than traditional methods.

One of the best benefits of memes is that they are very easy and cheap (mostly free) to make. With plenty of free online meme creators available, unlike other methods of advertising, you can create a whole range of memes for free which greatly increases your chances of a return on investment. 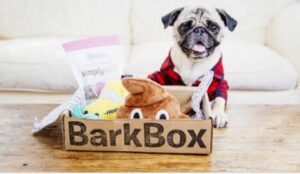 BarkBox is a monthly subscription box that is full of toys and treats for dogs.

With over 300k followers on their Twitter page and 3 million likes on their Facebook page, BarkBox has managed to grow its audience using a range of relevant and dog-related memes. Here are some of their most successful memes from their Twitter page.

Many brands use memes as an effective vehicle for their marketing strategy. Like most creative processes, trust your instincts on humor. If you don’t think a meme you’ve created is funny, interesting, or insightful, your customers probably won’t either. Use your best judgment and know that the more memes you consume, the better you’ll be at creating them. Go forth and meme!