1. You can create an account free, It has massive audience potential, You can connect with many famous people like the stars and celebrity by using Twitter, Most of the famous people are now using Twitter to provide a message to their followers and it is one of the best ways to stay connected with the famous people.
2. Twitter is fast, When you publish on it, the people following your business will receive the tweet immediately, the business owners can make use of this feature to test the different campaign angles that they are considering,
3. Twitter is very easy to use, you can follow the people to get the news and updates, Twitter reaches beyond Web browsers, you can use Twitter on your smartphones, Twitter apps exist for the smartphones and the tablets, you can reach people who use Twitter on their phones but not on their computers, or on their tablets but not their phones.
4. The business owners can update their customers on all the latest news about their business by using Twitter, Business owners don’t need to know the email addresses of people to inform them about their business, they just need to know their target customer base to get their attention with the sales pitch. 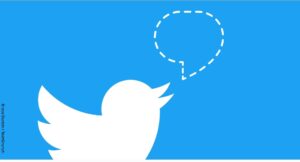