What Is a Meme?

You might be surprised to know that the word meme didn’t originate online. In fact, author Richard Dawkins first used the word in his 1976 work The Selfish Gene. The book looked at evolution and used meme to describe an idea or behavior that spreads across people in a culture.
A piece of media, often humorous, that spreads rapidly through the internet.
Now that we have a simple meme definition, we’ll look at some meme examples to help you better understand how memes originate and spread. 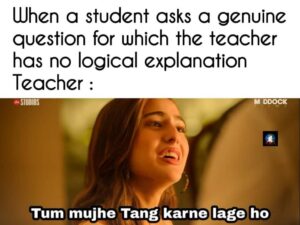 Meme Marketing: The Next Generation of Advertising

Meme marketing might seem like a laughable matter — and it is — though the return on investment is no joke. Whereas an ad campaign or a tv commercial could run you anywhere from several hundreds to hundreds of thousands of dollars, meme marketing is free (if you do it yourself) and can generate even more engagement.
Still, there is an inherent danger to meme marketing: as with all forms of marketing, making mistakes makes your brand look disconnected from the world, and the internet of all places is known for showing no mercy. 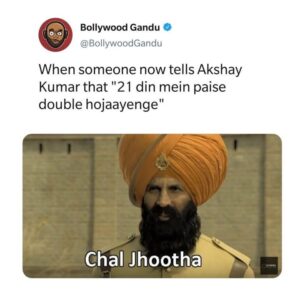 How to Get Meme Marketing Right:

Making a ‘good’ meme requires the creator to understand the meme they plan on reproducing. By nature, memes are derivative, meaning they make a joke that follows a certain structure. Here’s an example using the “Bad Luck Brian” meme 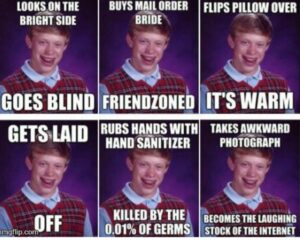 Whereas Brian’s worst luck must have been waking up one day to discover he’d been made into a meme, “Condescending Wonka” prefers to 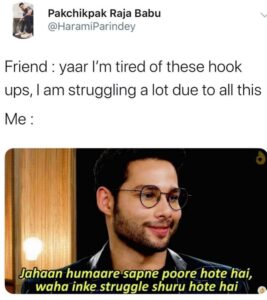